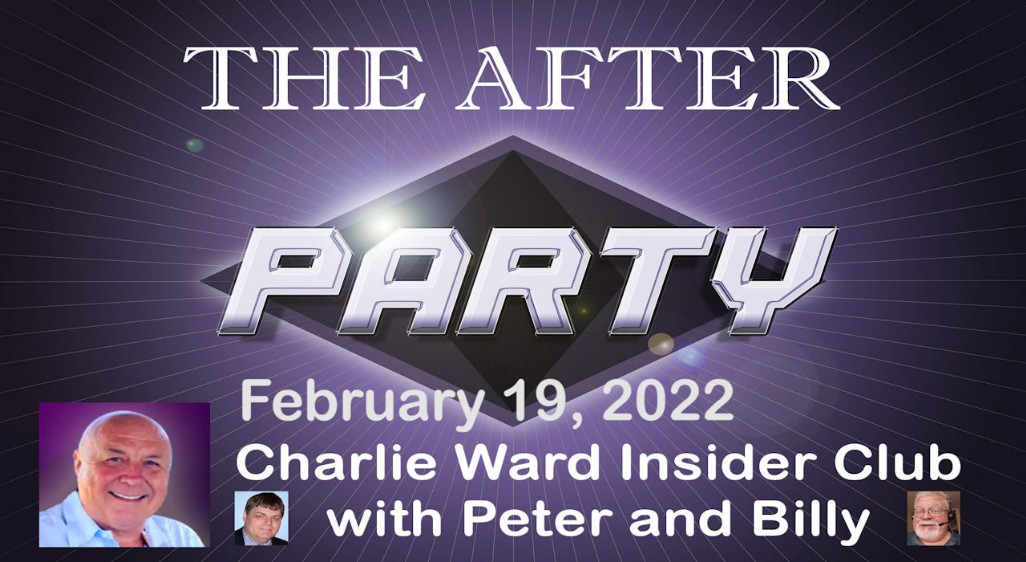 The first show with Peter and Billy was the After Party, on Charlie Ward's platform. We made 7 such "After Partys" with the last one being on March 12, 2022. Our first GESARA Show started on March 16, 2022.
History of the GESARA Show
Peter has been running the NESARA GESARA QFS channel on Telegram since July 16, 2021, basically as a place to store his research into the Global Currency Reset.
As a follower of the Charlie Ward Insider Club, he heard about how one of his associates had left them in the lurch, with no access to their own website and they had a load of technical issues. As Peter is well experienced in the kind of problems they were facing, he offered them technical assistance and also provided them with his backup copies of over 6 months of their own shows, which they otherwise would not have had access to. For several weeks, Peter provided them with valuable expertise to help get them back on track. Peter took over the editing and releasing of their Insider Club videos for example. In February 2022, the idea for a new show was born to allow the Insider Club members get to know each other better and have more of their questions answered. It was Peter that planned the concept of the show and was set to host it.
Due to an oversight on the very first show, as Zoom only allowed 100 members in a Meeting and Peter was locked out of the show he was supposed to be presenting. That original meeting was left without a host and Billy decided to start moderating it himself. Meanwhile, a webinar was setup and Peter ran that show instead with a much larger group of viewers.
Unfortunately, there are no recordings of that very first show, yet they were deemed a great success and it was decided that Peter and Billy should work together in future shows. Thus started the After Party as a spinoff from the Charlie Ward Insider Club.
Peter saw that the two most popular requests from the viewers was more intel and answering members questions live on the show, so that was exactly how the show was designed to work. As Peter had been involved in deep background research and fact-checking since 2001, he had plenty of resources to make use of. This concept was very successful and much loved by the members of the Charlie Ward Insider Club. The show went on with two shows a week for several weeks until a scammer attack on Telegram resulted in two members losing money.
Scamming is an inherent problem on Telegram where scammers contact members privately and pretend to be someone trustworthy. In this case, they pretended to be Billy and advised people to move their savings into "Safe" accounts, run by the scammers. Of course those that followed that, lost their money. As soon as we heard about this, we immediately put out warnings and did everything possible to improve security. A detailed analysis of the problem revealed it is impossible to protect against this on Telegram and hence the show started their own forum as a base for the show.
This led to the "After Party" being cancelled, although the show itself was not at all responsible for the scamming and there was no scamming on the show.
The members were unhappy with the show's cancellation and in the interim, the After Show has continued with David Mahoney running it with Peter and Billy more and more excluded.
Peter and Billy decided to move on and do their own show and in just one week, created the infrastructure, website and subscription system for their new show.
Our association with the Charlie Ward Show then ended and we now have no connection with them.
The first GESARA Show, released on March 16, 2022.
First GESARA Show with participants, March 19, 2022
The GESARA Show is financed via subscriptions, allowing our show to be free of advertising and allowing us to be truly independent in our reporting. Our aim is to inform you of the latest global currency reset news in a light hearted and entertaining way that is easy to comprehend.
Our specials concentrate on important aspects and help you to prepare for our golden future, wherever you are in the world.
We release two episodes a week (currently Wednesdays and Sundays for a subscription charge of just $8/Month or $20/Quarter), allowing you to join in on our live shows and get your questions answered. We have already made more than 60 such shows to a growing audience.
You can see our previous episodes on these platforms:
Telegram: https://t.me/GESARAShow
Rumble : https://rumble.com/user/GESARAShow
BitChute: https://www.bitchute.com/gesarashow
To take part in, and watch our live shows, you need to register on our user forum and then Subscribe to our show ($8 Month or $20 quarter).
Back to content